Is Sleep Deprivation a Problem Too Big for Caffeine? 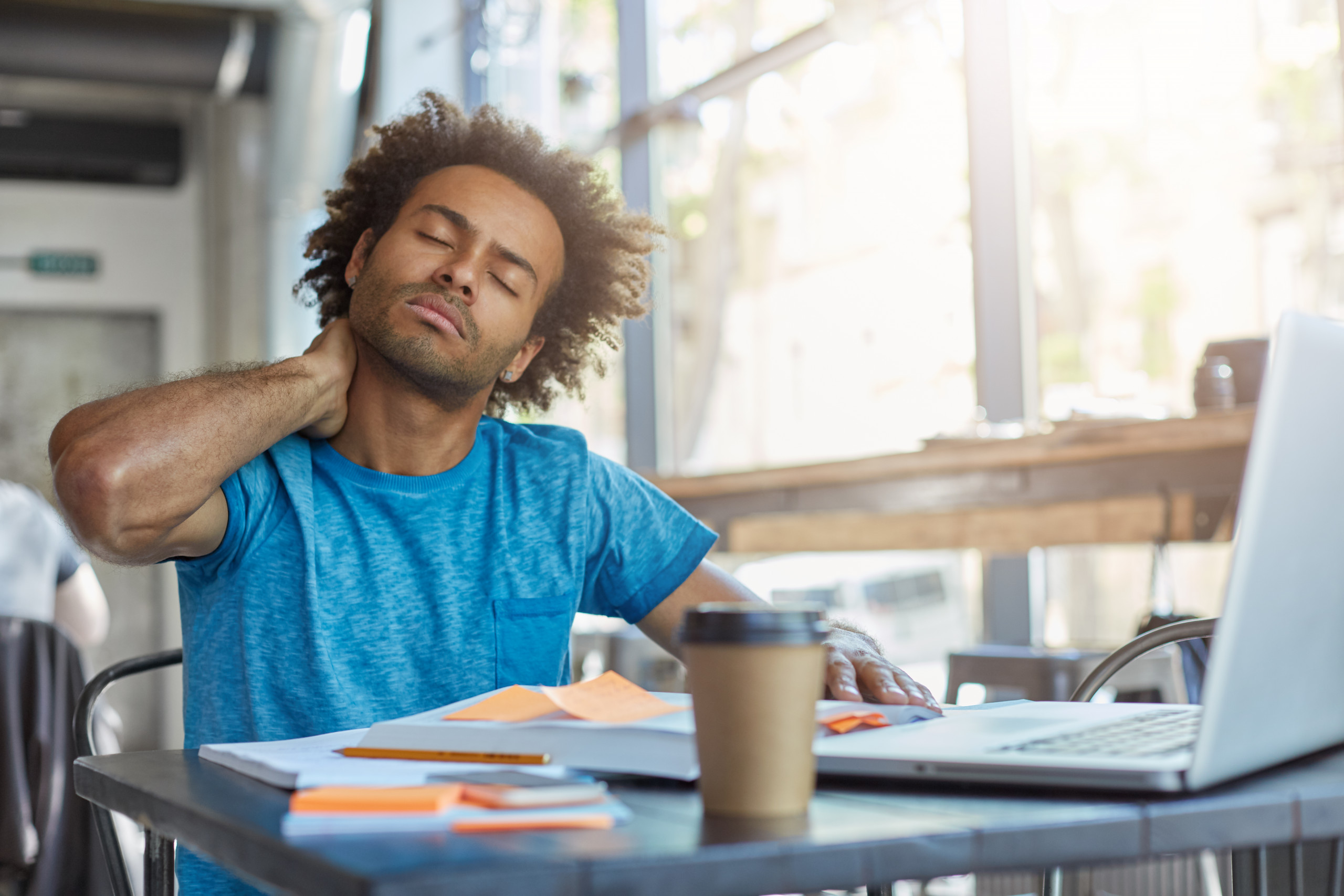 We’ve all been there.

You get caught up watching a really good TV show or engrossed in the pages of a book, and before you know it it’s 2am and you have to be up at 7 if you want to make it to work on time.

You know that you’ll be tired in the morning, but you tell yourself you’ll make an extra strong pot of coffee to make up for it. No harm, right?

Epidemiologists have found that getting less than six hours of sleep can have serious negative implications, including contributing to multiple diseases.

If you regularly get less than six hours of sleep, your risk of having a stroke is quadrupled.

When you have a stroke, the blood flow to your brain is cut off, causing brain cells to die from the lack of oxygen. Studies have shown that sleep deprivation increases blood pressure, which is considered to be the leading risk factor for strokes. It can also make it easier for plaque to block your arteries and cause you to suffer from a mini-stroke (a short-term blockage) or a stroke.

Sleep problems, including a lack of, have negative effects on your heart.

The few hours of shut-eye you get at night is essential in allowing your heart to recover from the strain it experiences during the day. During the non-rapid eye movement sleep stages, your heart rate slows, your blood pressure drops, and your breathing stabilizes. If you’re not sleeping enough, you don’t get enough time in these stages, which can put you at risk of numerous problems, including:

Obesity and sleep deprivation are linked through a growth hormone deficiency and increased cortisol (your body’s built-in alarm system) levels.

When you are constantly burning the midnight oil, your body undergoes a hormone imbalance that causes you to eat more and eventually gain weight. The two hormones responsible for regulating your appetite, leptin and ghrelin, are changed in a way that causes you to feel extra hungry.

With that being said, gaining weight due to sleep loss is not always caused by chemical or hormone imbalances. If you’re not getting enough sleep, studies have shown that you’re more likely to eat foods that are high in calories. If you eat these foods late at night, your risk of weight gain increases.

Being sleep deprived raises your ghrelin (the hunger hormone) levels and decreases your leptin (the hormone that makes you feel full) levels. To make up for the low energy, you may decide to eat foods that raise your blood sugar, but this will not help. In fact, doing this can put you at risk of obesity, and diabetes by association.

One in four diabetics say that they get less than six hours of sleep per night. This increases their risk of having high blood sugar. The combination of increased sugar levels and lack of sleep can increase your risk of developing insulin resistance.

Some evidence even suggests that people with diabetes who don’t get enough sleep may be more at risk of early brain deterioration.

As mentioned above, sleep deprivation can lead to permanent cognitive decline and memory loss. There are short-term and long-term effects of the relationship between sleep and cognitive function, both of them wide-ranging.

You’re likely familiar with the most common effects, including feeling drowsy and tired, and maybe you’ve accidentally fallen asleep for a few seconds. These effects are more than an inconvenience. They can reduce your attention span and affect your learning and processing. If that wasn’t bad enough, a lack of sleep and being intoxicated have similar effects, mainly slowing down your thinking and reaction time.

Struggling to stay awake can damage your mental function, and even damage certain parts of your brain.

One of those parts is the part responsible for memories. If you are sleep deprived or you get fragmented sleep, you’re at risk of forming false memories.

The long-term effects are more serious.

If you’re not getting more than six hours of sleep a night, you are at risk of dementia and Alzheimer’s. In one analysis of more than 25 studies, it was discovered that 15% of Alzheimer’s and dementia can be linked back to poor sleep.

There is conflicting information on the relationship between sleep duration and cancer risk.

If you sleep less than six hours per night, you may be at greater risk of developing colon polyps which can turn into cancer later on. Some studies have found a link between sleep duration and higher risks of stomach cancer, with potential links to Non-Hodgkin Lymphoma and cancers of the neck, thyroid, bladder, and head.

But these studies are not definitive.

In studies done on animals, researchers found that sleep deprivation is c