Is Oil Pulling Bad for Your Teeth? 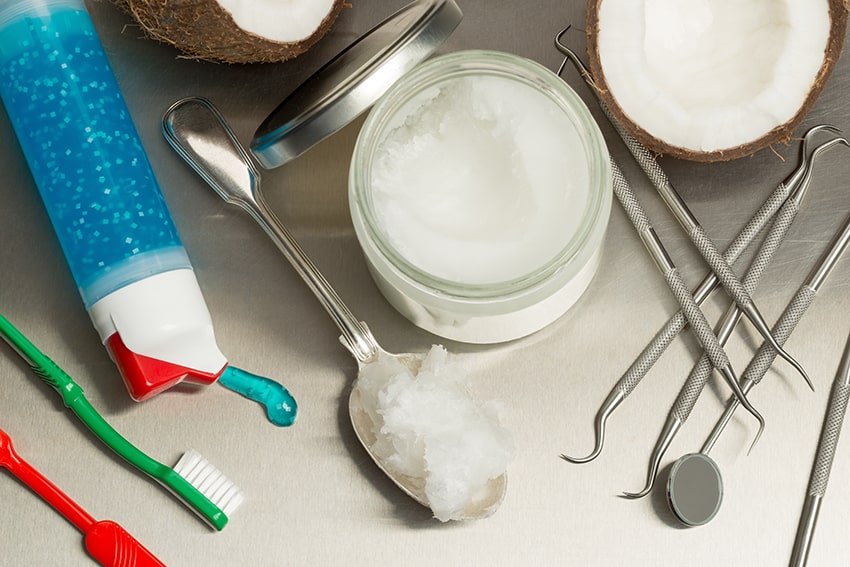 You’ve either used a few of them or you know someone who has and you may not know it. C-sections, leech therapy, and even acupuncture are considered to be ancient medicine practices, and they’re still commonly used today.

A lesser known practice called oil pulling has some scientists and dentists questioning the effectiveness of it, especially when it relates to gum disease.

What is oil pulling?

It is an ancient practice of Ayurvedic medicine that is said to cure a variety of health issues.

It’s a simple procedure that involves swishing a tablespoon of oil around in your mouth like mouthwash. The idea is that as you move the oil around, the bacteria will get swept away and dissolved. You can do it with almost any oil, but extra-virgin coconut oil is the most popular choice due to the taste.

What does oil pulling do?

While there are some scientific studies that claim that the technique is effective, there are many outrageous claims about the technique, which is why it’s important to do your research to determine which claims are factual and which ones aren’t.

Modern supporters of oil pulling claim that it has many benefits, most of which are not proven. These include:

This list has roots in a 2008 book written by Dr. Bruce Fife, the head of the Coconut Research Institute. He suggested using coconut oil instead of sesame oil like the original Indian teachings suggested.

These claims go beyond the original teachings in Ayurvedic medicine. As with many things, the modern way of approaching things varies greatly from the original. Over the years, the way that traditional medicinal techniques are marketed has changed. Oil pulling was never intended to be a “cure-all” for gum disease or any other medical condition, but was meant to be combined with other treatments.

What science says about oil pulling

The three studies that claim it has great effectiveness were all conducted by the same author, who just so happened to be an advocate of the technique before publishing his studies. These studies only involved 40 participants who performed oil pulling in addition to their daily oral hygiene routine.

One study that offers the most convincing evidence comes from a researcher named Sroisiri Thaweboon. They tested multiple edible oils in simulated biofilm conditions. Coconut and sesame oils showed significant antibacterial action against Streptococcus mutans, a bacterium that plays a significant role in gum disease and tooth decay.

Before you decide to participate, you should know that there are risks involved.

It has been associated with lipid pneumonia, so it’s important to ensure that you don’t breathe any of the oil into your lungs when you’re swishing it.

For the most part, it is relatively harmless. If it gets you to incorporate a better oral hygiene routine in the morning, you’re more likely to see benefits. However, it’s hard to say how much of the improvements can be attributed to oil pulling vs increased attention to your oral hygiene.

If you have questions about the safest and most reliable way to improve your oral health, reach out to Dr. Andrea Stevens today.